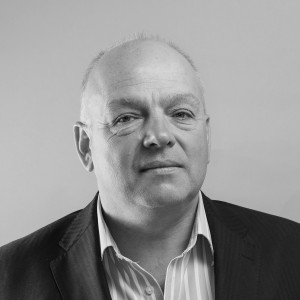 Edinburgh, 17th August 2016: Ecometrica has recorded a surge in profit and sales, as it secured new markets for its groundbreaking environmental reporting solutions.

The Edinburgh-headquartered firm – with offices in Boston, London and Montreal, saw sales rise by 132 percent, to £2.77m. A change in financial reporting requirements, which requires organisations to take into account the growth in the value of assets, such as intellectual property, resulted in profits hitting £5.3m.

In a year where it managed to trim its administrative costs, Ecometrica achieved a cash surplus of £499,000 in comparison to a £352,000 loss the year before. In addition, the company boosted its working capital by securing a senior debt facility from the Clydesdale Bank.

Adrian Smith, chief financial officer, said: “Although Ecometrica’s balance sheet has topped £10m in assets, we remain determined to grow in a sustainable and profitable way. Our work with the UK Space Agency, providing mapping applications that show the effects of deforestation and climate change, has put us at the forefront of a British success story. As a result, we have seen significant turnover growth, particularly in the downstream space and mapping markets, across the UK and emerging markets, such as South America. At the same time, our cross-platform environmental reporting product, OneMap, has secured clients in two new public markets, including on the New York Stock Exchange.”

He continued: “Equally importantly, we are not resting on our laurels and have honoured our commitment to increase the innovation pipeline, with R&D spending more than doubling to £391,000 in the financial year, up from £164,000. We are continuing to hire staff in response to our growth, and recently reached a critical mass of 30 employees, which means that all necessary specialities are covered. Our focus remains on profitable growth.”

Ecometrica’s financial year achievements included becoming the first Gold Software Partner for CDP’s water and forests programmes and helping to secure $1m from the Global Environment Facility (GEF) to support a conservation project in Mexico, while the company also recently scooped its first major international award, when it was named Environmental Leader Product of the Year at a ceremony in Denver, Colorado.

Ecometrica’s financial results come as the group secures a place as a supplier of ‘Software as a Service’ (SaaS) to UK public sector institutions via the latest version of the Government’s digital marketplace, G-Cloud 8. Adrian Smith said that he hopes the status will make it easier to secure UK public sector contracts in the future as the G-Cloud system becomes more widely adopted.

Results come as Ecometrica secures new markets and accolades for its environmental solutions   Edinburgh, 17th August 2016: Ecometrica has recorded a surge in profit and sales, as it secured new markets for its groundbreaking environmental reporting solutions. The Edinburgh-headquartered firm – with offices in Boston, London and Montreal, saw sales rise […]